Epson is strengthening its commitment to the South African market as its EcoTank product line-up gains traction. 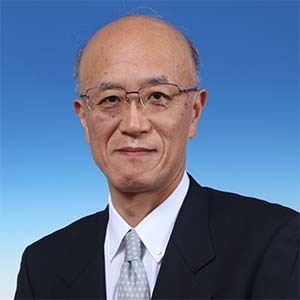 On a visit to the local office, Epson representative director Koichi Kubota reiterates that the executive team is “super-excited” about the opportunities in South Africa.

“The market potential is huge for us,” Kubota says, adding that there is massive opportunity for growth with its EcoTank system.

“We introduced the EcoTank concept back in 2010 in the South East Asian market, with sales in that region picking up from about 2012,” he explains.

“We currently have a dominant market position with this product in Asia and Latin America. The South African market is still relatively small compared to similar economies, but we see the EcoTank product growing in total printer market share.”

Other emerging market economies have embraced the concept: in South East Asia and India, EcoTank holds a massive 40% market share, compared to the relatively modest 12% in South Africa.”

The concept appeals to emerging market customers, Kubota adds, and the EcoTank is finding a place with both home and business users in these markets.

Having said that, sales in developed markets are also starting to pick up as users realise the major saving they can make in printer running costs.

Kubota explains that Epson initially developed the EcoTank concept specially for emerging markets, where customers baulked at paying high consumables prices and tended to rather buy grey or counterfeit alternatives.

“The South East Asian market was the starting point,” he points out. “Third parties were modifying our printers to create something like the EcoTank and people were buying them. So we decided to make a genuine product on the same principle.

“Because we were able to reduce the cost of printing with a reliable solution, people started to buy the genuine EcoTank.”

He explains that Epson was keen to find a solution to high printing costs to ensure that people continued to print – and thus keep the industry alive.

“Because of the high cost, and the availability of other technologies like tablets, people were starting to print less.”

In fact, consumers are printing less today than they did in the past, but overall print volumes have remained steady, Kubota says. “Printing in the office is still stable in most regions – and even increasing in some emerging market countries.”

He attributes this to the increase in data volumes, and the wealth of information that is available to users today.

But the printer technology plays a role in promoting demand, Kubota says.

“When a consumer owns an inktank printer, we find that they print a lot more that they do on cartridge machines. This is because the cost is lower and so the perceive the value.”

Epson has a long relationship with the South African market and is currently investing to grow its presence.

“We are expecting the growth in this country to accelerate,” says Kuboto. “We are investing now for the future.”

Specifically, Epson believes that the laser printer market is at the beginning of a popularity decline, with inkjet printing growing.

“Currently, in office printing the major technology is last rather than ink, and we have been trying to shift this with our EcoTank system,” he says.

“A lot of people still believe that inkjet is aimed at the home market and not really good enough for the office. But we are spreading the word that inkjet quality is at least as good as laser, while it also has other advantages – like being water resistant.”

Communication and market education is key to helping users realise that inkjet quality is of the best, and EcoTank has made the cost so much less as well.

“The cost of the actual printer may be a little bit higher, but the considerably lower ink cost more than balances this out.”

The EcoTank system means there are no more printer cartridges, so ink costs less and the technology is much friendlier towards the environment.

With the EcoTank, the inkjet cartridges themselves are more environmentally unfriendly, he adds. With a tank lifecycle of three years, users save an average of 82 ink cartridges.

“South African users are becoming more environmentally conscious, and like that saving costs also gives them an environmental benefit.”

Speed is another inkjet advantage. With inkjet it is much quicker to get the first page out and some of the Epson printers can print at a massive 100 pages per minute.

Kubota explains that this is possible because the head no longer has to move, which drives a radical increase in speed.
“We made all these technology improvements by listening to our customers,” Kubota says. “They told us that they wanted printing that is quick, saves costs and requires minimum intervention.”

Epson anticipates that EcoTank sales will drive new growth in the South African market and is planning additional headcount and investment in the local office.

It is also expanding into the rest of the SADC region.

“We have some great examples of success stories in this region,” Kubota says.

Organisations are starting to realise the benefits of quick printing with little intervention and lower costs in the business environment, and Epson is confident that it will see growth in this environment.

Currently, about 80% of the total printer market is laser, with inkjet holding just 20%, so the potential for growth is huge, Kubota adds.

Epson has every intention of securing its share of this growth, and in continuing to invest in product development. Recent technological breakthroughs include the Piizo system that uses pressure rather than heat to fire ink at the page, thus improving both performance and head durability

In fact, Epson is so confident about this technology that it now guarantees the print head for life.

It is also constantly adding to its range, to cover the full market.

In South Africa, Epson is pursuing a go-to-market strategy that embraces both reseller and retail.

It has seen significant growth in the retail sector over the last two years, while simultaneously investing in growing the channel.

As the product offerings become more business-orientated, the reseller channel is expected to be more relevant.