The case for blockchain and African economies

Doing business in Africa is still a double-edged sword; despite the steady economic growth, there is still the inability to leverage this growth into sustainable development policies and plans.

The continent is crippled by corruption. Blockchain technology might not be a one size fits all solution, but it does provide foundational technology that promotes trust, transparency and stability.

And its immutable nature and transparency, security, and network integrity are among the few factors that make is a logical solution especially as more people value transparency, traceability, accountability, and are seeking investment opportunities. 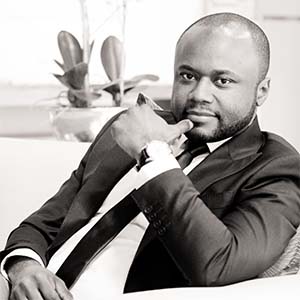 Unfortunately, for Africa to grow and succeed there needs to be 1- a mental shift and 2 – technological improvements but for tech entrepreneur and MD of African Investment and Technology company, Cryptovecs Capital, John Lombela, blockchain technology could be the answer to Africa’s woes.

Blockchain technology allows everyone to actively participate as an investor by leveraging its underlying infrastructure and investing in assets that are tokenised makes is a viable solution for Lombela. And even though access to technology is still a stumbling block, Lombela believes that Africa doesn’t lack telecom operators and that every single African country today has some sort of Internet access, which means that it lacks implementation.

“Reality is that technology depends on how well the infrastructure is, however, it’s estimated that 70% or more of the African population still uses the old fashioned way or earlier forms. That is where the problem is. Despite this, places like Kenya, have shown resilience in implementing the M-Pesa application, which happens to be the most successful case in the world, way above Americans when it comes to utilising technology, mobile phones and feature phones for transactions.”

“So basically when it comes to investing in technology, Africa needs to realise that the greatest wealth is created by being an early investor in innovation. Making such investment requires believing in something before most people understand it.”

Lombela says that Africa should learn from technologies companies such as Google, Facebook, Netflix that managed to achieve massive success and higher market capitalisation through various iterated investor rounds ranging from private investors to public investors post the IPO that resulted in benefits that range from half a billion dollars to almost a trillion dollars market capitalisation.

Jumping on the bandwagon

Blockchain technology is currently disrupting every industry sector and reshaping the future of our economy. Lombela says this is purely because the principles of the blockchain economy include:

All of these factors are making it easier for African countries to jump in and embrace the promises of this technology, he adds, by allowing themselves to:

Regardless of the benefits that slockchain technology offers there is still the question of governance and accountability and how individuals will be held accountable for their actions.

For Lombela, this is where education plays a critical role because people need to be more educated about the digital future especially the 4th Industrial Revolution (4IR) and the danger of not adapting and evolving. Blockchain is part of the 4IR and so is artificial intelligence (AI), machine learning and the Internet of Things (IoT) just to name a few.

“People need to be educated and adopt so they become accountable for things when they go wrong. And importantly blockchain technology and its designs exist to remove frictions between 3rd parties to allow algorithmic code to validate the veracity of the information.”

With the three different types of blockchain: public, private and hybrid- the nature of the blockchain technology is that computers (also commonly known as nodes) connected to a blockchain network are there to validate the information transmitted over the said network before it can be permanently recorded as the true version of the information that has been submitted.

Once it has been written in the ledger, it is now immutable and can never be reversed, this introduces a new notion of self-governance eliminating the need for 3rd party interaction which eliminates corruption. There are pros and cons but this isn’t reason enough not to enthuse blockchain technology.

“Even though the world has bought into the idea of blockchain and is implementing it wherever that makes sense, education still needs to be instilled because not every business model requires blockchain technology.”

And not everybody has the skills needed to implement, and maintain this, fortunately, there are many smaller initiatives providing education and training, particularly in Nigeria and Kenya. And South Africans can look forward to Lombela’s new Johannesburg based Blockchain Incubation Hub that will be launched in April.

Lombela adds that, if they don’t involves communities, most blockchain or crypto projects would not be economically valuable.

Is blockchain technology the future?

According to Lombela, blockchain technology will allow us to bring in the necessary investments that would help us develop every possible infrastructure needed to transform Africa’s economy. This will enable us to achieve this by democratising investment through a trust protocol (blockchain) and enforce transparency.

Keeping money in the bank that will yield no significant interest is no longer viable. People want to be part of a great project with a global and social impact that has the potential to yield multiple returns to his/her initial investment which is why more people are enticed by blockchain-related projects as opposed to keeping money stuck in the bank.

However, when it comes to the crypto world, it is a lot trickier than that. Lombela explains that one of the biggest setbacks of the crypto world is that if you lose access, chances are you may lose everything forever. But new business models are being developed to ensure that users are protected fully from end to end, it all depends on the solution you’re seeking to implement.

For Africa to fight against corruption it will need it to embrace technology that can improve and change the way many of the political leaders perceive using systems. And for it to succeed there needs to be governance within corporate entities and or government bodies.

A complex solution because the former would need to abide by the attributes of the technology to allow its internal processes to be stored on a ledger they can trust, thus enforcing rules and opening up to the world transparency and traceability.

While the latter (governments), would need to follow the same approach as corporates, yet enforcing regulations on what exactly these technologies should be used for, especially because currently in South Africa and many other parts of the world, bitcoin is not accepted as legal tender.